Our optometrist takes the time to explain the results of your eye exam, describe your options and listen to your eye care needs. Because maintaining good eye health is an ongoing partnership, we encourage you to ask questions and share your health information, which could be vital to monitoring, diagnosing and treating potential vision problems. 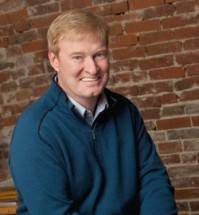 He decided to pursue a new career and graduated in 2001 from New England College of Optometry in Boston, Massachusetts where he received clinical honors for his patient care. Dr. Corbell is a member of the American and Maine Optometric Associations. Dr. Corbell is an active member of the Neuro-Optometric Rehabilitative Association (NORA). Neuro-Optometric Rehabilitation is an individualized treatment regimen for patients with visual deficits as a direct result of traumatic brain injury including concussions and other neurological issues. Dr. Corbell has provided treatment for patients with visual field loss, double vision, visual balance disorders, visual midline shift syndrome, post trauma vision syndrome, and reading disorders.

Prior to founding Seacoast Vision Care, he worked at Family Eye Care in Saco, Maine. Dr. Corbell was the first Optometrist hired by Eastern Maine Medical Center (EMMC) in Bangor, Maine. Before moving to Maine, he owned a successful practice in Albany, Oregon.

Dr. Corbell, his wife Ruth, and their son reside in Cape Elizabeth. When not at work, he enjoys taking long walks on the beach with his family, scuba diving in Bonaire, making pottery, and working with glass. In his leisure time, he enjoys sitting on his deck with friends and family gazing across the shipping channel of the Atlantic Ocean.

Dr. Corbell In The News: