Skip to main content
Home » What Is A Concussion? 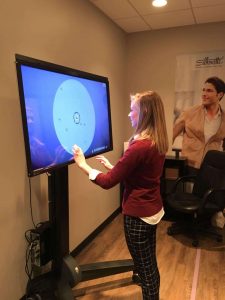 A concussion is a type of traumic brain injury that changes the way your brain functions. The vast majority of concussions do NOT result in a loss of consciousness, making diagnosis more challenging than previously thought. The majority of concussions result by blunt trauma, or a blow to the head. In children, the most common cause of concussions is sports, specifically contact sports such as football, soccer, lacrosse, and hockey.

Concussions can also be caused by violent shaking of the head or upper body, so direct contact in the form of a "bump of the head" or "getting your bell rung" is not required to cause a concussion. In adults, motor vehicle accidents and falls are the most common causes of concussions.

Having had one concussion makes you more susceptible to another. The increased risk of repeat concussions is one of the several reasons why the decision to return to play should be made with the athlete’s health care team.

Car accidents and falls are the most common cause of concussions in adults. Seemingly mild “bumps on the head” can have drastic neurological effects. These neurological effects can in turn affect the visual system, making daily tasks such as reading or driving extremely difficult (if not impossible).

SYMPTOMS OF A CONCUSSION

There are several symptoms of a concussion. Some are physical symptoms (such as a headache or vision problems), while others are cognitive (feeling in a fog or visual perceptual challenges), others are emotional, and others can affect sleep. The multitude and variability of concussion symptoms make medical evaluation very important following a concussion.

Call our Concussion Center at 207-396-6603 or make an appointment today and see how Dr. Corbell may help you. 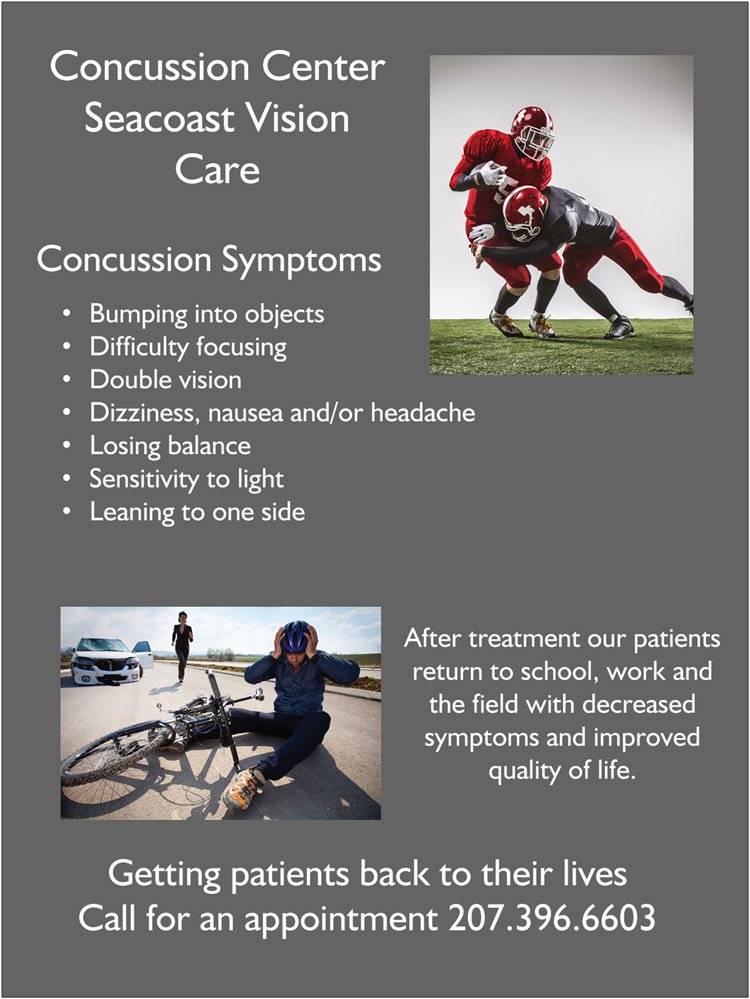 I have had an outstanding experience at Seacoast Vision. Dr. Corbell and his office staff are all friendly and knowledgeable. I fully understand my therapy goals and progress because he helps me by explaining what  is needed, why it is needed and how I can expedite my recovery.