Skip to main content
Home » Private: What Is A Concussion? » Visual Effects Of A Concussion 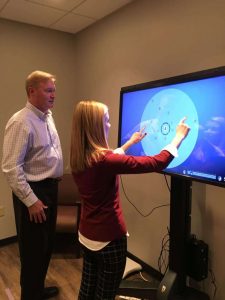 There are several potential visual side effects of a concussion that are consistent with other form of mild traumatic brain injury. Some of these may improve with time, others may be unchanging, while others respond very well to active treatment.

Concussions can have the following effects on the visual system:

Accommodative Insufficiency – This condition is a reduction in eye focusing ability that results in blurry vision at near, even in young athletes. Near vision may be constantly blurry or may pulse in and out of clarity during near activities like reading.

Blurry Vision - Blurry vision following a concussion can occur at distance, near, or both.

Convergence Insufficiency – This inability to use the eyes comfortably at near can result in a number of symptoms including: headaches, eyestrain, fatigue, or even double vision during near activities.

Double Vision – There are several causes of double vision, which is why anyone who sees double (even intermittently) should be evaluated by an optometrist with advanced training in neuro-optometry, binocular vision, and vision therapy.

Ocular-Motor Dysfunction – Deficiencies in eye movement abilities are quite common following concussions and other forms of mild traumatic brain injuries. These eye movement deficits can pose challenges with many activities of daily life, including reading and driving.

Reduced Cognitive Abilities With Visual Tasks - Visual perceptual deficits can be caused by concussions and have dramatic effects on academic and even athletic
success.